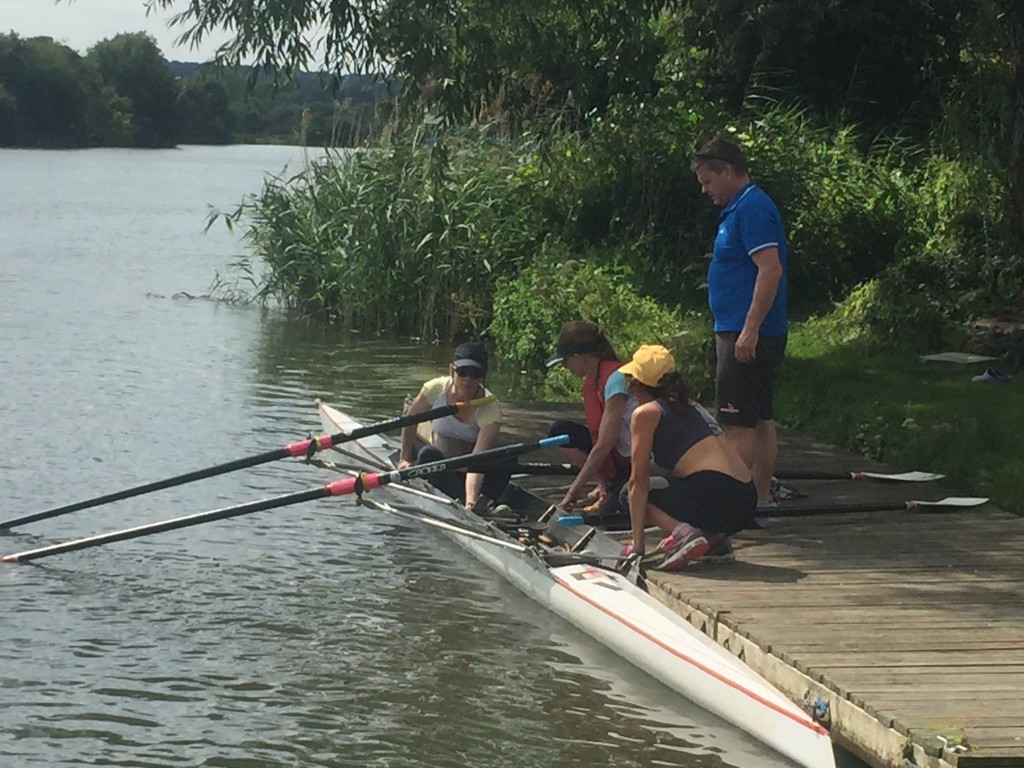 On Saturday afternoon a small but very self selecting crew set off from the boathouse to row up to Whitchurch, collect the source to sea bottle and row it down to Caversham lock at Reading. Nicola and Robert started the relay. Simples, you would have thought…

All went well till we arrived at Whitchurch and found no bottle, no crew to hand it over. Mysteriously a crew had apparently set off at 11.30 from Goring but  not arrived in Pangbourne.

After waiting while Robert and Nicola rowed in circles for a while, 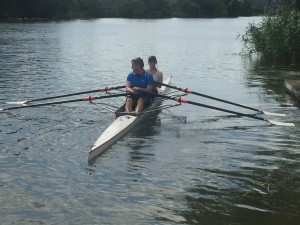 we sadly headed back slowly back to the club only to get a call from the very helpful lock keeper to say it had arrived back in Whitchurch.

Take 2. So we went all the way back to Whitchurch to get the bottle (much to the bemusement of Pangbourne as the GGBC launch went up and down the river a few times with no apparent reason and then finally  set off with plenty of supplies (jelly babies) 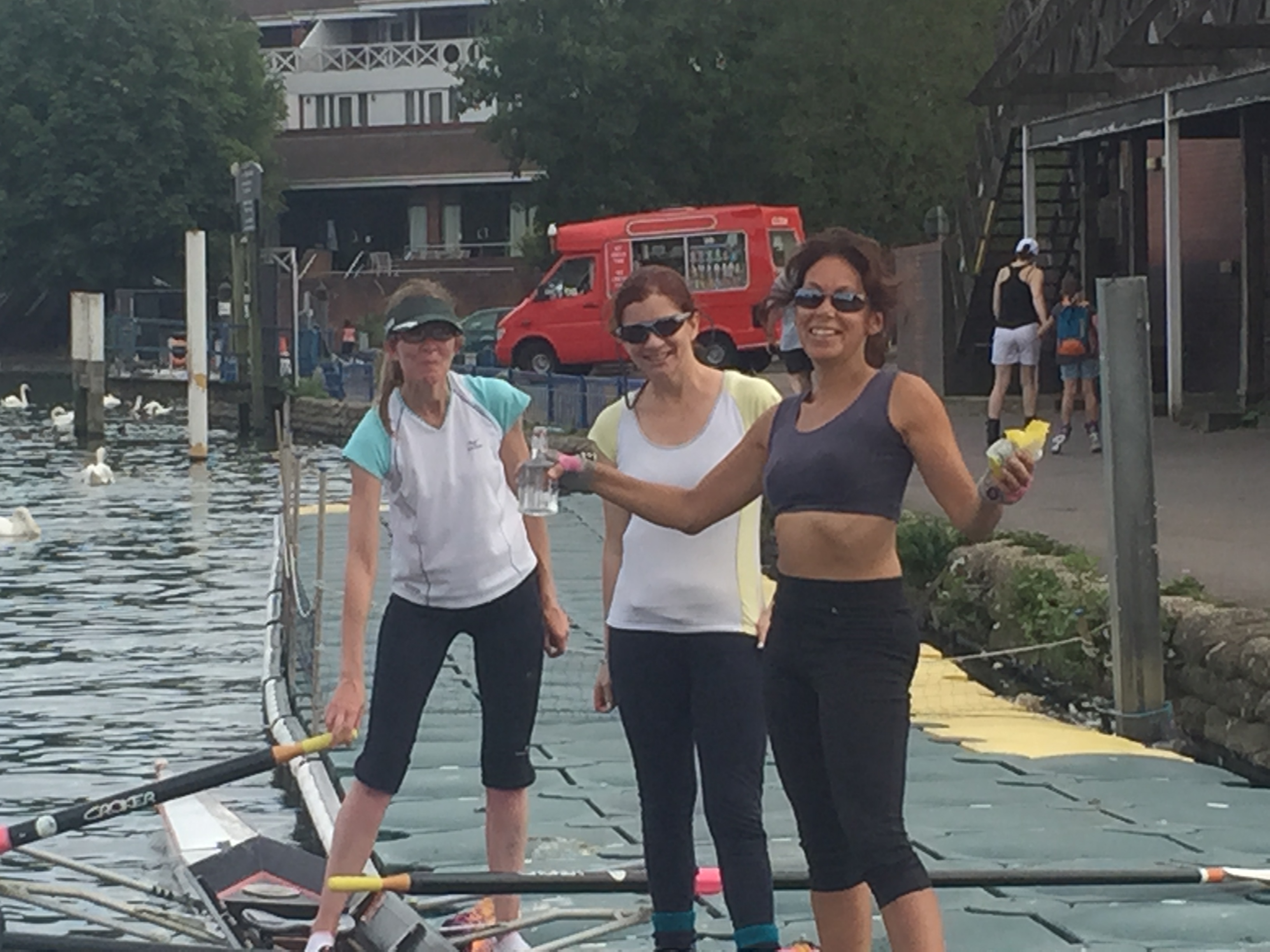 and (now an hour and a half late) rowed like crazy in 27 degree heat down to Mapledurham, 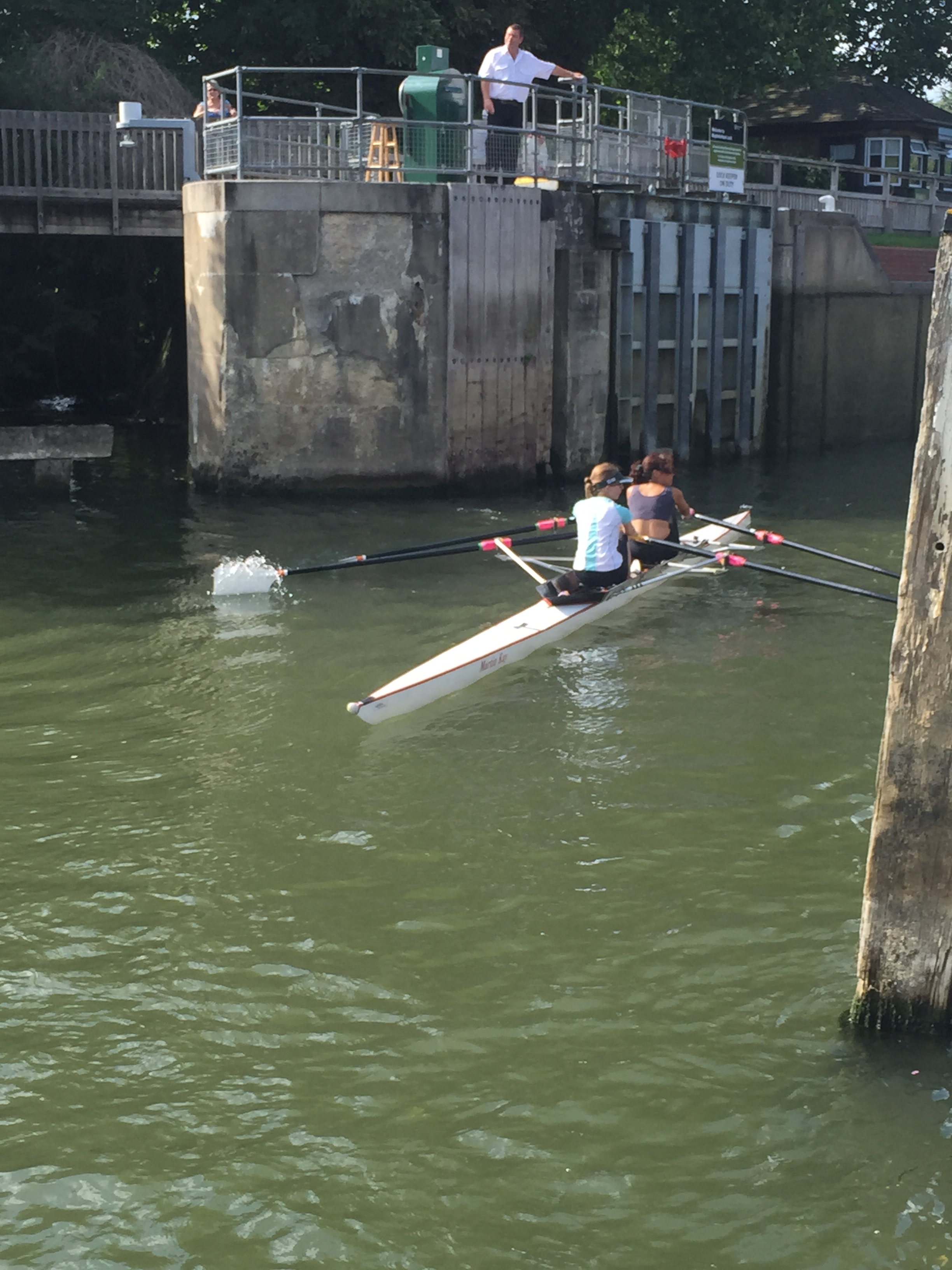 through the lock and on to Reading Rowing Club where we stopped again to change crew.

Sculling lightly out of the lock… 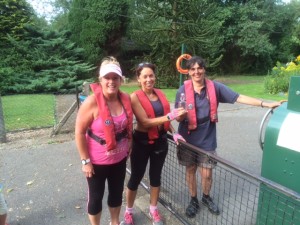 who asked what she should do with it. Not sure if she was a rower…. We hope it got to the right crew. 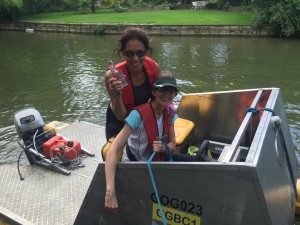 Captains  Robert, Pam and Sally doing much of the driving…. Excellent opportunity for all of us to learn how to steer the launch plus learn how to undock, dock, redock,undock again, turn in very small circles in very small spaces while remembering to pick up crew who had got out, run to

lockkeeper and check what’s happening, jump back in,

jump out to take a picture 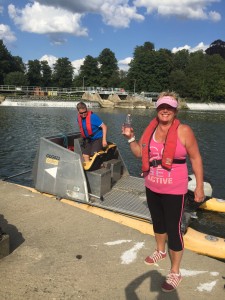 (forgot again), jump into a small scull from an even smaller bank, tie various knots (trying not to let either the scull or launch float away), 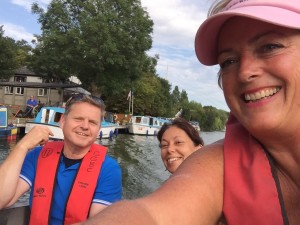 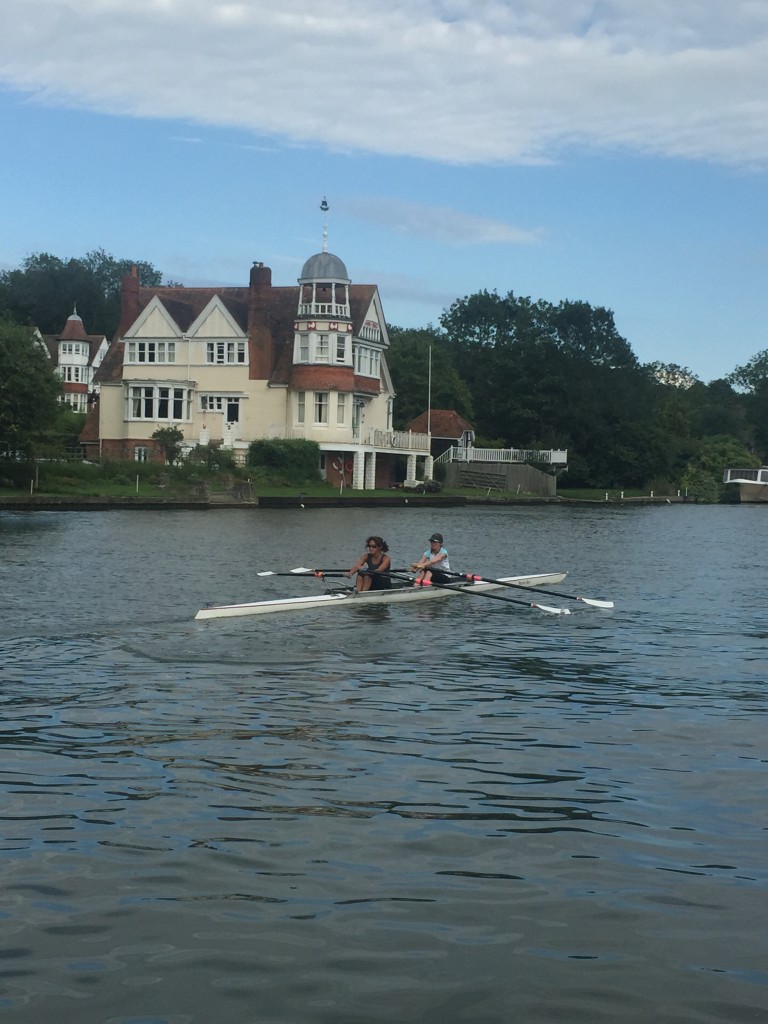 One selfie and a few icecreams later and we were off at a leisurely pace back to the club. 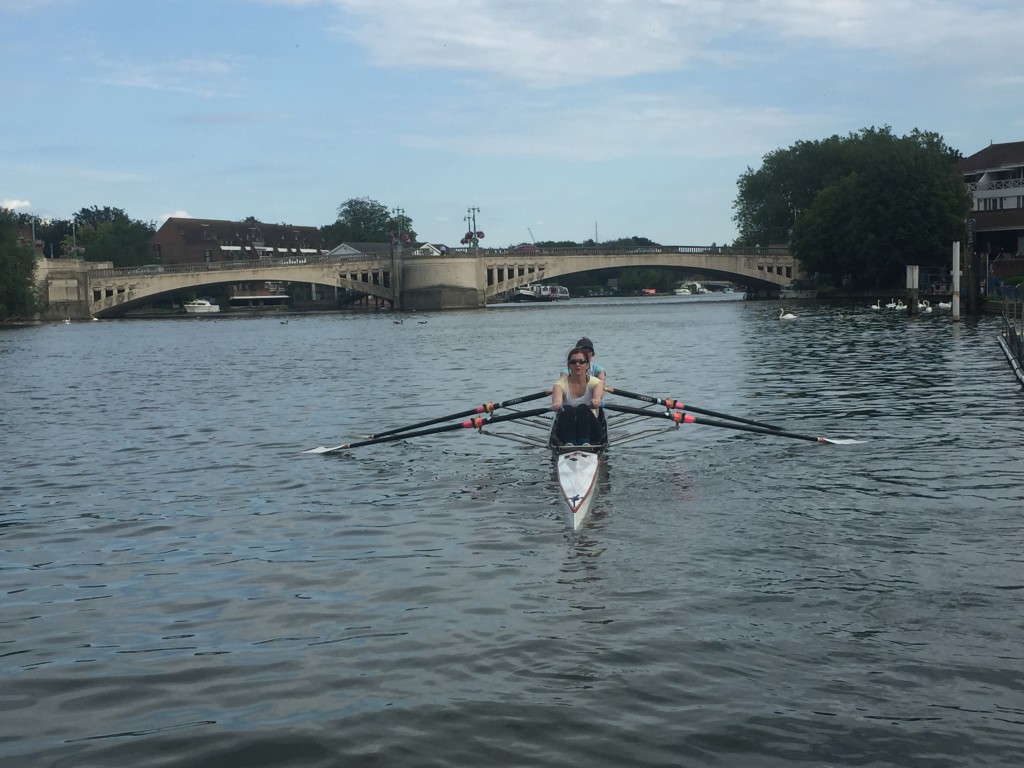 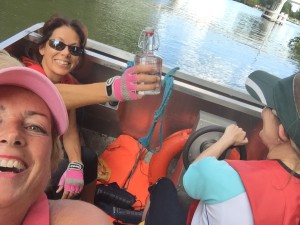 Relaxing in the launch and eating jelly babies. Make note next time – take a picnic….

More news on this relay at : http://totallythames.org/events/info/source-to-sea-river-relay