On Wednesday August 7th, Olympic Champion Helen Glover and Goring Gap Boat Club hosted a “Join-In” morning at GGBC’s facilities near Pangbourne. Join-In have produced an official video that you can view here – http://www.youtube.com/watch?v=9Dqoc8BxZ9Q&feature=c4-overview&list=UU4UgBNXFpza9AUT4l_s9Yzw. Local people were given an opportunity to give rowing a try, with Helen offering encouragement from a coaching launch and even serving them tea afterwards. Earlier Helen had made presentations to some of GGBC’s longest serving volunteers.

Goring Gap Boat Club has previously benefited from the support of other Olympic champions such as Sir Steve Redgrave and Zac Purchase, who last March launched the Club’s fundraising campaign for a new boathouse.

See the Reading Chronicle’s report on the event, with video 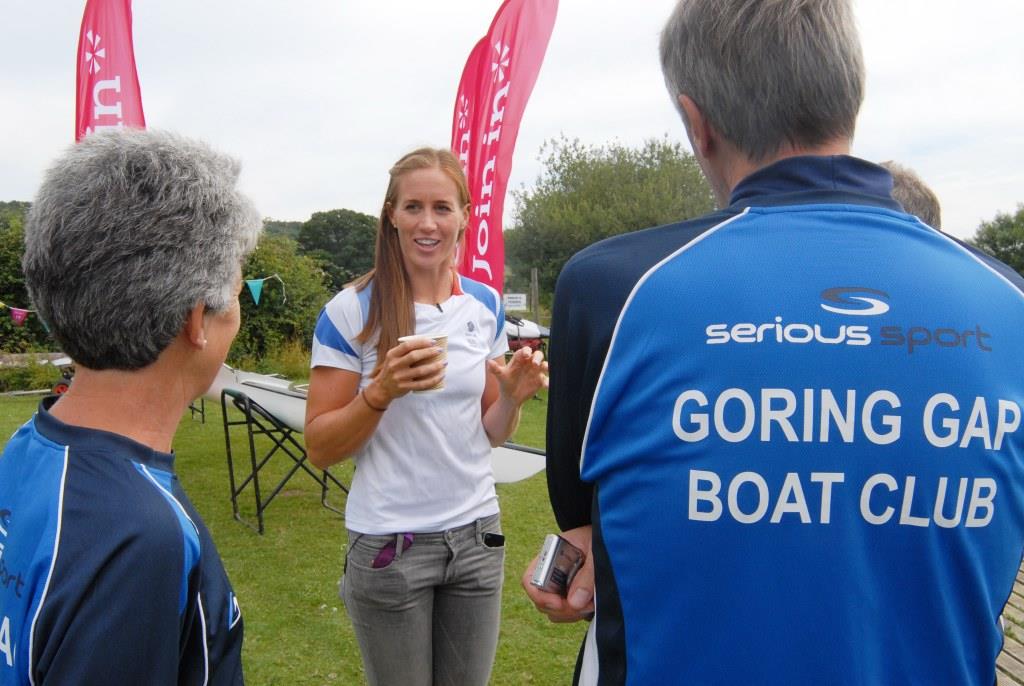