BBC Oxford TV recently did a piece about flooding on the Thames, and when they wanted to film the effects of flooding on local river users, they came down to Gatehampton for an interview. It ‘s just a pity that they were there because, once again we are flooded, although this time it’s much less severe than it was last year. 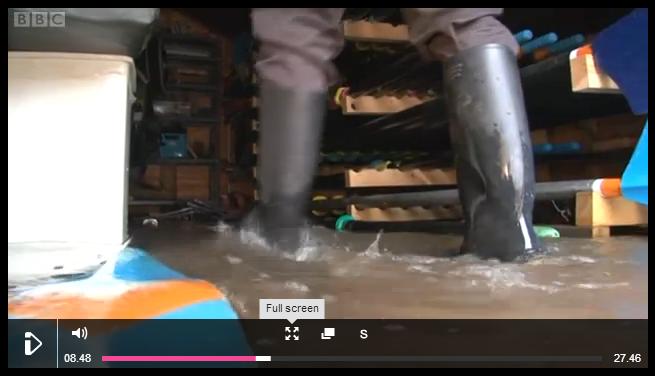