The week before Christmas saw the club’s traditional Santa Row. Red hats were mandatory, as was carol singing. It is a shame that few members knew any carols beyond their first two lines…..

Thanks to Neil Derbyshire for the photos.

A Goring & Streatley Regatta meeting will take place on Tuesday 17th January at 7:30pm at the Elephant in Pangbourne, in the lounge behind the bar.

If you are unable to attend but have any comments, suggestions or ideas please email the regatta chair .

Volunteers will be required for a variety of roles over the coming months and if you have any specific skills to offer or would be willing to offer general help we would love to hear from you.

We look forward to seeing you on the 17th January. Parking is available in
the village car park next to the hotel.

Over 40 members were able to attend, and many took the opportunity to share their views on the main agenda points. Thank you to everyone who did so. It is clear that opinions are diverse and strongly held, particularly those relating to the location of the club. The minutes of an AGM cannot be finalised until they have been voted on at the subsequent AGM, but the new Committee will endeavor to make preliminary minutes of the 2011 AGM available as soon as possible.

In advance of these minutes, I can confirm the following decisions –

1/. Membership fees will be held at the current level.

2/. The Boathouse Proposal was passed, and provides a clear direction for the new Committee regarding the long term future of the club.

3/. Richard, Karen, Tim, Stuart, Karl, Hedley and Geoff stood down from the Committee. These individuals have all given a great deal of their time to the club over many years for the benefit of us all. This was rightly recognised at the AGM, and I am sure that those members who could not attend would also like to add their own thanks.

4/. A new Committee was elected as follows –

The post of Captain of Rowing will remain vacant for the time being.

I was elected Chairman on the basis that I would endeavour to make the process of securing the long term future of the club more transparent, more balanced, and less pressured. I will be writing to you next week to outline some of the initial actions aimed at achieving this.

In the meantime, I hope that as many of you as possible will take advantage of the relatively mild weather and come along to the club session on Sunday.

In our annual trip to the Coupe Des Dames/Messieurs in Angers – hours of training really paid off for the elite GGBC/ARC combination crew…. a new record time for a UK crew! In a blistering 1hr 5min 4 sec the 8x+ crew managed to complete the course without incident….thanks to our Henley RC cox Helen. 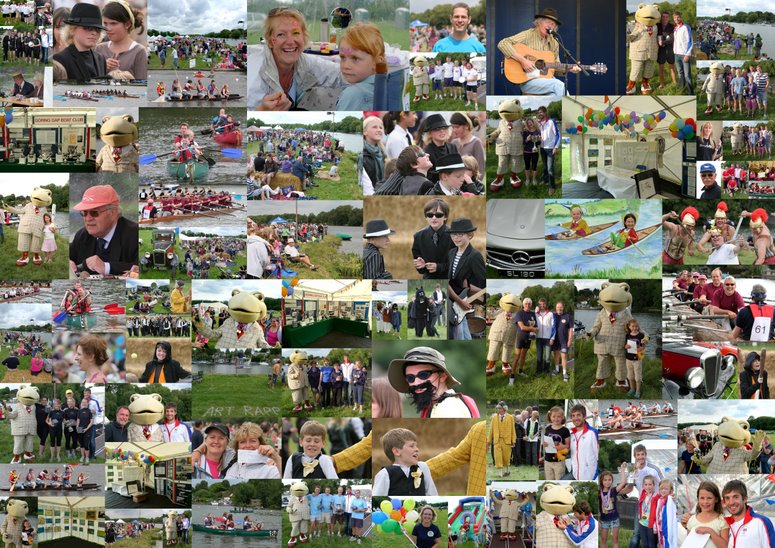