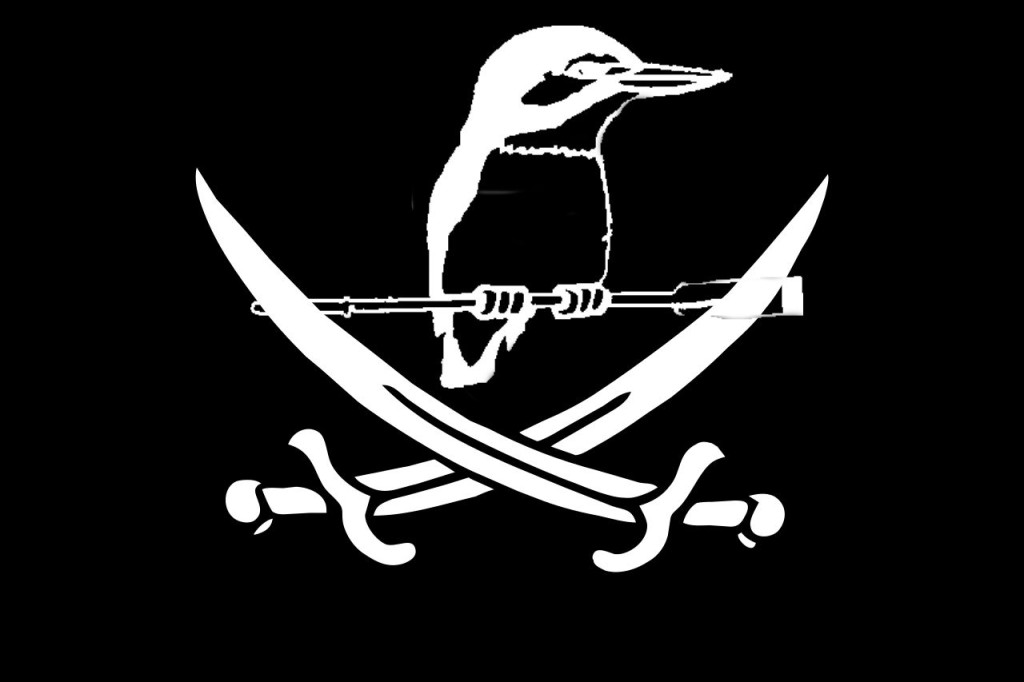 his year the Goring and Streatley regatta is going all out “Pirates and Scallywags”. We are looking forward to seeing lots of you embracing the theme and dressing appropriately! There will be a children’s prize for the best fancy dress costume, so don’t be shy and dust off those eye patches!

Our lovely village shop Inspirations is stocking lots of pirate accessories so please do pay them a visit if you need some ideas. No Pillaging though me hearties!

As well as our regular action packed entertainment on site (including fun fair, bouncy slide, food and gift stalls galore) we have a fantastic themed ride “Walk the plank” to be enjoyed by Adults and Children alike! So make sure you bring plenty of your own pieces of eight to have a fun filled day.

Our well stocked bar is ready for the scallywags among us, accepting plastic so don’t worry if the children plunder your loot, you can still fill up with rum (other drinks are available!) without worry. 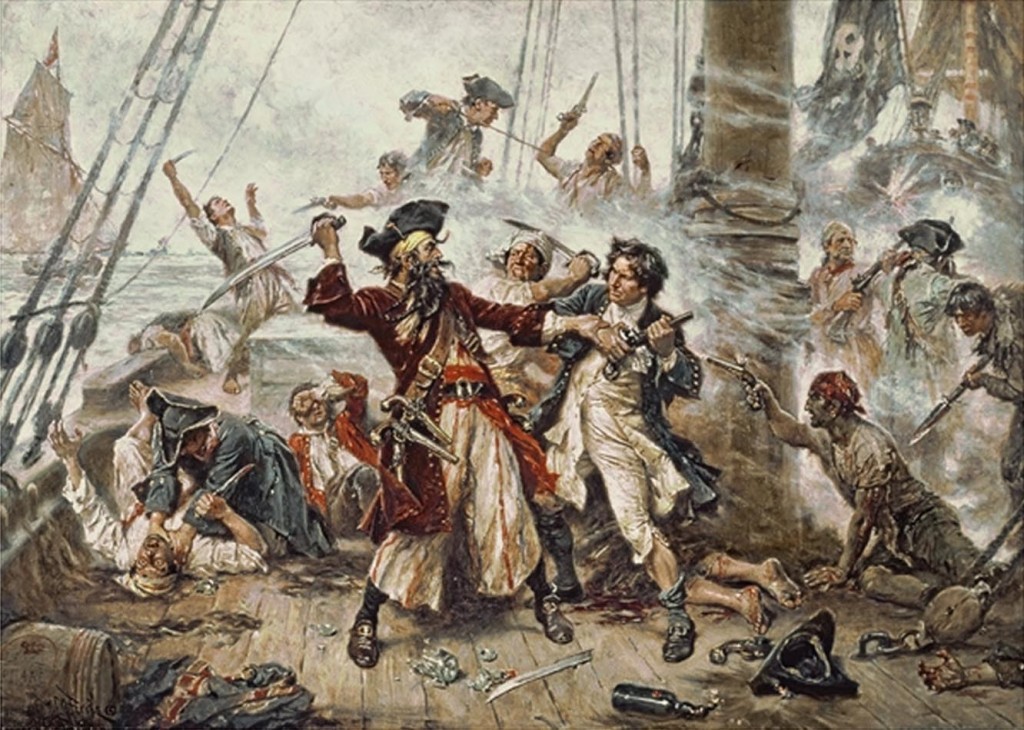 We also have some super entertainment from the Green Room Collective, which will be sure to get you in the shanty party spirit.

Don’t delay, get your tickets today and we look forward to seeing all hands on deck for a great day at the river.

Goring Unplugged (http://goringunplugged.weebly.com/) have announced an exciting line up of music for Saturday the 25th at the Regatta

Music will start at 11:50 and run well after the prize giving. Even if you don’t glance at a race, it’s worth coming for the music and the beer. 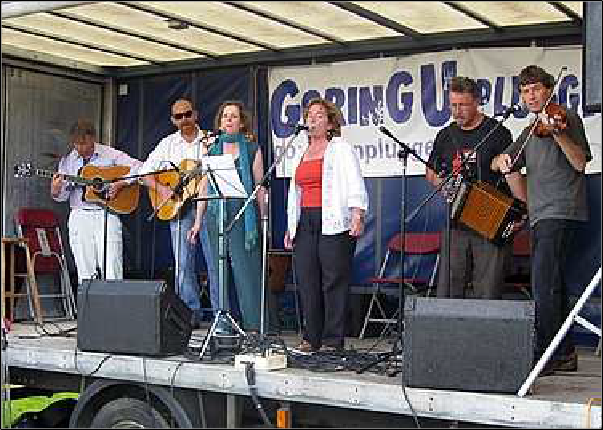 The Mysteries are a four piece acoustic band from Goring who were put together to play at a mutual friend’s birthday party at the boat club, and enjoyed it so much they’re still at it. Christened ‘the Mysteries’ by Unplugged senior management, who had no idea what they were going to play. All four of them sing. David Caswell and Alex Mitchell play guitars with Leigh Williams on double bass and Mark Cusak on percussion. They are very fond of a bit of Motown and the occasional 70s classic rock song but will play anything, as long as it’s got a good tune and lots of harmonies.

Said The Maiden are Jess Distill (vocals, flute, whistles, ukulele), Hannah Elizabeth (vocals, violin, accordion, mandolin) and Kathy Pilkinton (vocals, guitar, clarinet).  We are an award winning folk trio based in Hertfordshire where we all grew up and went to school together.  We sing traditional and contemporary English, Irish and American folk songs, creating our own arrangements often in acapella three-part harmony.

“Rising doyennes of the folk scene…I can hear why Said The Maiden have already made themselves a healthy reputation, and I can also sense a strong measure of untapped potential.” (David Kidman, FATEA Magazine)

Jim Reynolds is unique. Possessed of the rare ability to capture the listener’s attention with the honesty and integrity of his lovely songs. His guitar accompaniments are both fluid and diverse, tipping his hat to the blues, a little jazz here and there, driving rhythms and soft measured finger style too. Interspersed with his own songs you will hear covers of Nick Drake, Paul Brady, John Martyn and one or two great early 20th century standards, all done with an original approach, which revitalises the compositions. You haven’t lived until you’ve heard Jim sing ‘Every Time We Say Goodbye’.

Having recently returned from their tour of America acoustic indie act Rushkeeper are described by The Philadelphia Enquirer as a “Mesmerising live act” and State magazine say they have “great songs of hope and inspiration”. Using acoustic and electric guitars along side pounding percussion Rushkeeper will be performing songs from their debut album.

An exciting young act rising out of the underground are Martyrs & Kings, who have songs with “syrupy clean guitar links that thread their way through acoustic chord changes” and “emotional but ambiguous lyrics perfectly suit the beautifully woven musical bed that underpins them”. It’s early days for a group with obvious chemistry and songwriting talent who are only going to get better from here. Fresh from their warm reception when they played for Goring a Unplugged at the recent Beacon Festival.

Berkshire 5 piece All Things Considered have been a fixture on the acoustic scene in London and the Home Counties for over 7 years. Led by haunting vocalist Emma Baldwin, their groove based fiddle driven sound has gained them many admirers in that time. Championed by both BBC Radio 2 and 6 Music, they have released 2 studio albums to date with a planned EP of new material at the start of 2016.

4:50 Heather-Jayne and the Red Shoes

Heather-Jayne and the Red Shoes are a trio from Goring and Reading. They play acoustic swing and soul. Tim Coulson plays guitar, Leigh Williams double bass and Heather Snaith sings and plays sax/flute/clarinet and kazoo. Anything from the Andrews Sisters to Tom Waits, via Smokey Robinson and Nina Simone. And they wear red shoes.

Will Tun And The Wasters could be described as high energy folk punk, but pretty much defy definition – they are disorienting, completely off the wall, totally unexpected and so damn good. Their music is tangled up in tasty beats and full on rapping. Their songs swing from catchy, self-deprecating and completely charming to bouncing trip-hop inspired affairs with some banging references to sandwiches and cheese. It’s utterly mental, but lacks no attention to detail. They have received outstanding receptions from festival performances whenever they’ve played.

There is still time to enter a crew into one of the rowing events at the regatta, but have you thought about racing a Dongola. After all what can be simpler than 6 people racing a paddled punt over a hundred metres or so. The winning crew is often the one that manages to go in a straight line. On line entries are open now. 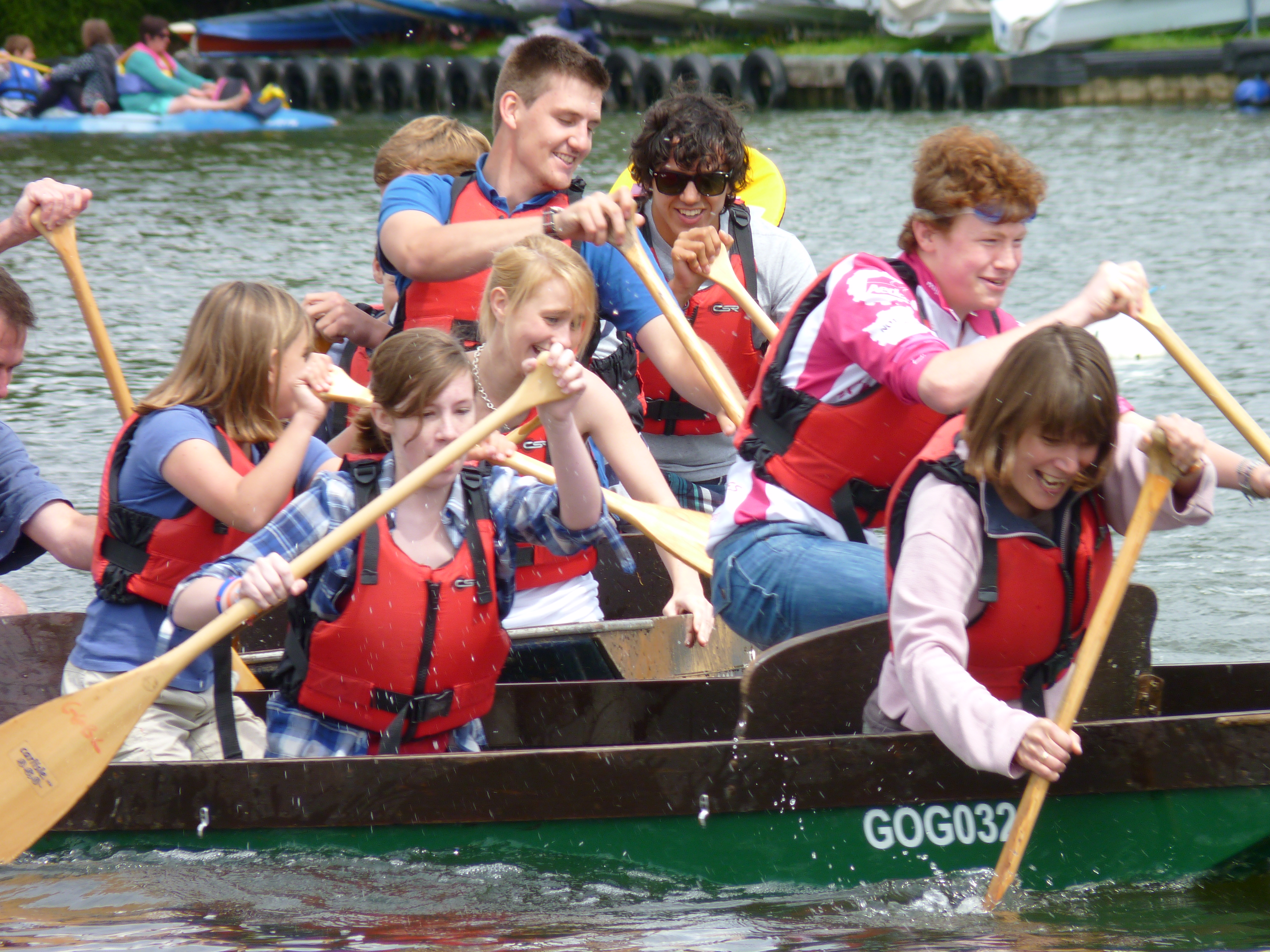 There is still time to enter a crew into one of the rowing events at the regatta, but have you thought about racing a Dongola. After all what can be simpler than 6 people racing a paddled punt over a hundred metres or so. The winning crew is often the one that manages to go in a straight line. On line entries are open now.

It’s not too late to enter the regatta. With 4 weeks of training starting on Monday now is the  time to get your team together for the Goring and Streatley Regatta on 25th July  – entries are now open for coxed 4s . We will teach you how to row a 4, or provide training if you have entered the regatta before, and racing will take place at our regatta on the 25th of July.  You can enter online via this website.